Who is Your Child’s Role Model? 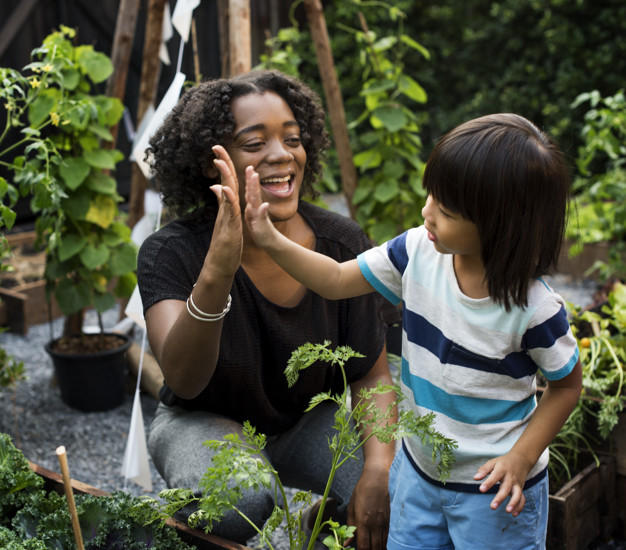 Back in the 80s and 90s in Ghana, it was easy for a child to look up to people they saw on television or read about in the newspapers and magazines and aspire to be like them. These personalities were doing amazing stuff in their careers. It was easier for me and other children my age to look up to some of the best people who were thriving in various industries and aspiring to be like them.

If I had to count the number of people who looked up to Gifty Anti, Grace Omaboe, David Dontoh and others, the list would be endless.

However, I am troubled to say things are not the same anymore.

I am writing this because I am worried and burdened about the possibility of children today and my children in future looking up to the wrong people for inspiration. The slay queens and ‘social media princes and princesses’ of today are getting into the hearts of young people by displaying lifestyles that appear glamorous and thrive on likes, shares and comments; thus, they seek validation from social media and make it seem like an accomplishment. This kind of life makes young people look up to people who in most cases are not engaged in credible forms of social media marketing but focus on looking pretty or handsome for the attention of the internet.

Take a moment and look around. Who is your child’s role model? Let me rephrase, ‘who does your child aspire to be like in future?’ Young people’s aspirations are often limited to the things they see, believe and admire. If your child is exposed to seeing a television presenter who is confident, speaks well, asks the right questions and dresses to portray our culture, the child is more likely to want to be like them. On the other hand, if the child is exposed to the slay queens and kings of this world, your guess is as good as mine.

I am not in any way saying that people who promote themselves or their brands on social media are not worth emulating. For someone who does a lot of work on social media, I know better than to make sweeping generalisations. The crux of the argument lies in the extent of exposure and what kind of people they follow. For example, as a young person, I follow people I admire in politics, media, arts and entertainment. I follow those people because I admire them and I want to draw some inspiration from them in order to become my own  version of awesome. If I expose myself to sex workers, porn stars or celebrities who are always making the undesirable things look cool, I am likely to be influenced to some extent by then.

I am dwelling so much on social media because social media plays a huge role in what children and young people see on a daily basis.

That said, traditional media and the people in our neighborhoods that we live, observe and interact with on a regular basis may influence the aspirations of children and young people in so many ways.

After all what seems to be a rant from me, what can be done? These are five key things that I believe will work.

1. Pay close attention to the child/ young adult and find out their interests and the people they want to be like. This will help you know if they aspire to be like people who are worthy of being emulated or otherwise.

2. Monitor your child’s level of exposure on social media. A lot must be done to make sure that children are not finding inspiration from the wrong people and places. You can read more about how to protect your child from harm here.

3. Be their role model- The best role model for a child is the parent. Be their utmost idol and live a life worthy of emulation.

5. Introduce them to the right people. If you know someone you want your child to be like and believe they will have a positive impact on the child, introduce the child to that  person.

Let’s raise the next generation on the right track. Always remember that the person your child considers as a role model plays a big role in moulding the future of your child.

Before you go, you may also be interested in how to protect your child from profanity.

0 responses on "Who is Your Child's Role Model?"