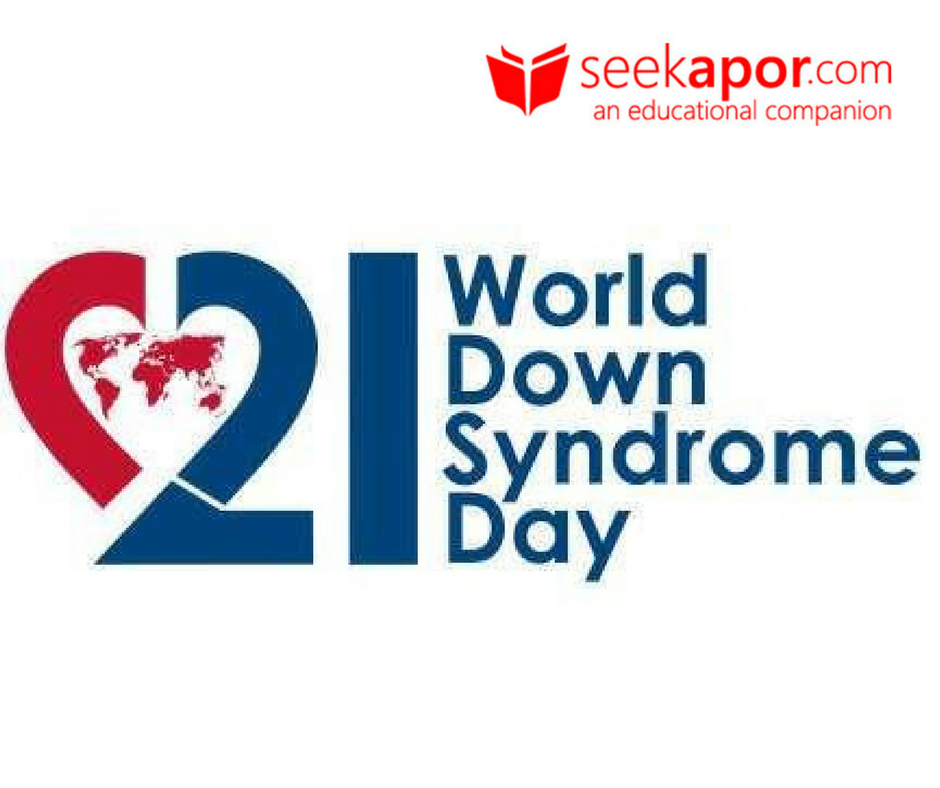 History of World Down Syndrome Day

The day is mainly marked to raise public awareness on what Down syndrome is, its impact and the vital role people with the condition play in their various societies.

It is the duty of every individual to join in the advocacy and help to create a single global voice to push for the rights, inclusion and well-being of people with the syndrome.

What is Down Syndrome?

Down Syndrome, also known as trisomy 21 is a genetic disorder which is caused when some cells divide abnormally resulting in extra genetic material from chromosome 21. People with down syndrome can be treated but cannot be cured.

Down syndrome leads to developmental and intellectual delays and a distinct facial appearance. The average IQ of a young adult with down syndrome is 50, which is equivalent to the mental ability of a child who is 8 or 9 years old even though this could vary widely.

The condition however, can be managed especially with early intervention from therapists or specialized  pediatricians. Typically, the genetics of parents of children with down syndrome is normal, and the extra chromosomes are reported to happen by chance.

On another level, women who are 35 years and older have high chances of having a baby with down syndrome, compared to women who are younger. It was found in a study in 2003 that men over 40 years have twice the risk of having a child with Down Syndrome. Therefore, it is safe to say that the risk of the condition increases, the older the parents are.

Physical signs of babies with Down syndrome at birth include

Parents of children with Down syndrome need to harness positive and close relationships with medical professionals and teachers of their children to constantly understand and monitor the condition and situation of the child.

Schools also need to put in place systems to support students with down syndrome in the school environment and provide an atmosphere for them to learn, socialize, develop skills and grow like all children.

Add to the conversation by leaving your comment below.