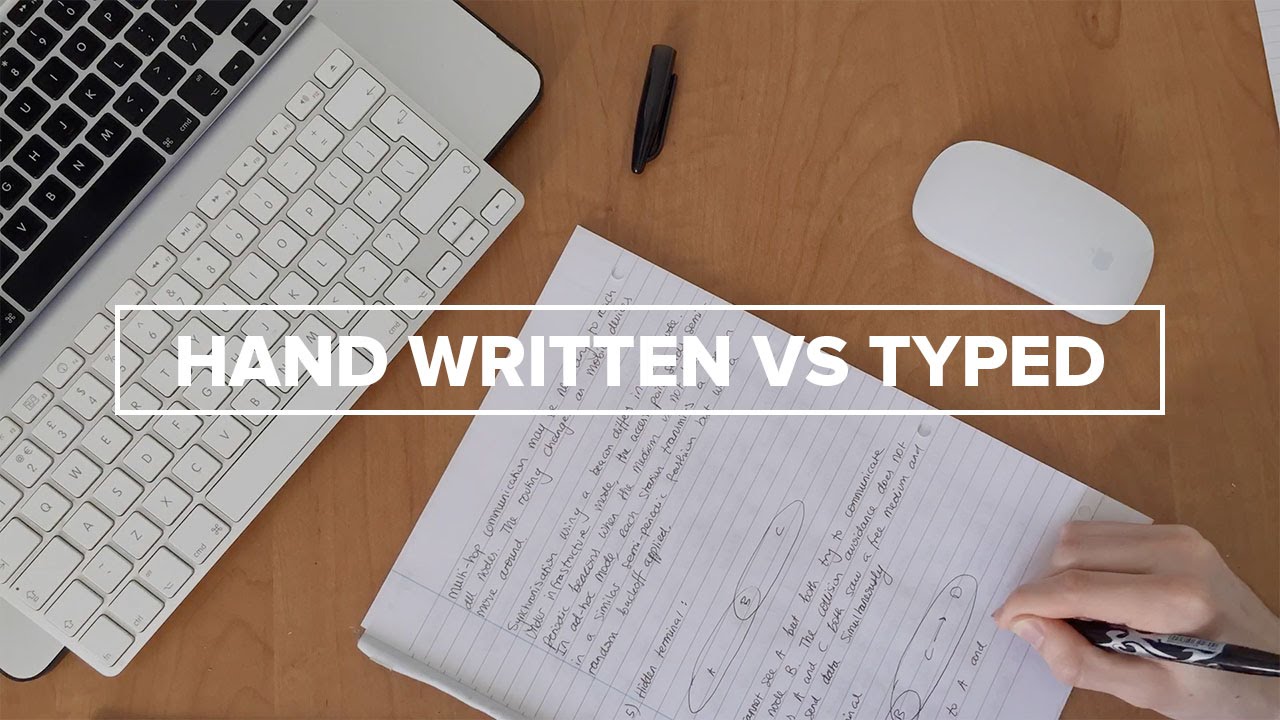 With the advent of tablets and redesign of laptops into small and ubiquitous sizes, writing notes by hand is becoming a thing of the past. No doubt that taking notes on these devices is faster and easier especially when it’s a lot of notes. Aside all the many other examples you can think of in addition to this advantage, taking notes by hand, although outmoded, beats the advantages of using a laptop or a tablet for note- taking.

Recent studies show that laptops and tablets can be very distracting because it is easy to switch the page to a social media page when the instructor breaks. This practice can just disrupt your note-taking process.

In their study which was published in the Psychological Science journal, Pam A. Mueller of Princeton University and Daniel M. Oppenheimer of the University of California, Los Angeles sought to investigate the advantages of note-taking by hand and by computer and the effects both have on learning.

To arrive at a conclusion, they showed some university students varied TED talks on different topics and after, they realized that the students who typed had more notes than those who handwrote. The group that handwrote, however, remembered more of what had been said that those who typed. But an interesting finding they got was that when asked questions on dates, or simple facts, both groups performed well. Conceptual questions that had to do with theories and approaches could not be answered by the group that typed.

In conclusion, the study revealed that those who typed their notes did it verbatim while those who wrote were selective. The implication of this according to the researchers is that those who wrote by hand paid more attention in order to capture only salient information because it was impossible to write everything and by extension, learning begins taking place at this stage for note- takers – through summarizing, mapping concepts and paraphrasing. When a person is writing down notes, learning and retention start to occur.

“Typers” do not have a “problem” with speed, so they tend to write out everything verbatim therefore missing the paraphrasing and summarizing benefit of note-taking.

Another set of students were taken through TED talks. This time, laptop users were told to avoid writing verbatim but they could not conform.  Infact, the more verbatim they typed, the worse the performance they put up in the recall exercises.

So now the big one is this, is it not more beneficial to have the full notes to revise with rather than just a summarised one?

The study tested that too. A third group of students were allowed to type verbatim and then given time to study and take the test the next day. With the thinking that these students were studying from more detailed notes than their peers who handwrote, and will outshine them, there was a shock. The students who handwrote performed way better.

From this study and others, it is evident that those who write longhand notes may have a higher retentive ability than those who typed. But do the findings of this study show a true reflection of what the situation is? Does it mean that people will and should go back to their writing pads rather than their keypads? That will be a very hard sell considering the attractive innovations that come with tablets and laptops while none is seen with notepads and pens.

Let’s hear from you – Are you in the university or are you a parent who has observed anything similar or otherwise? If you are a teacher, school us on what the trend is in your class.