You Think It Is a Crime to be OPINIONATED? 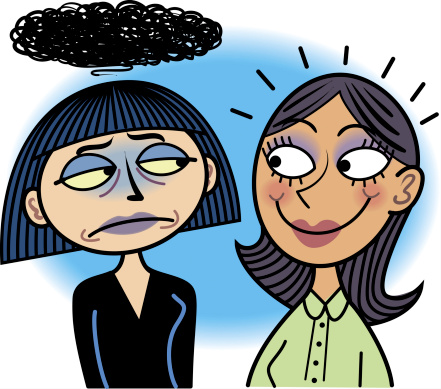 I joined the staff bus after a hectic day at work. I found a comfortable spot, stretched my feet and waited for the air to blow to help me relax in the bus.

There were four gentlemen occupying the seat in front of me. One asked the other if he had gotten over his crush on Martha. One of the guys quickly asked if it was Martha at the Research Department they were talking about. In unison, they replied, yes.

The one crushing on Martha went on to sing her praise to the other guys. Kay, the one who asked for further clarification on Martha wasn’t having it. He chipped in and said; “Massa, stop right there. Don’t even think of dating that girl, not to talk of marriage. She is too opinionated”.

I almost screamed. So Kay did not care to consider Martha’s beauty, brains, physique, skills or confidence? Just because she made her opinions known, she was not good enough to be dated?

Is it even a crime or a sin to be opinionated?

Anyway, the conversation shifted from Martha to ladies who had opinions. Akwei said he also did not like opinionated women because they think too deep and it is difficult reasoning with them; they just talk too much, he said. ‘My sister is like that but she is clever oh. She will analyze your ideas, break it into pieces and laugh at you when she proves it is stupid; when it is good, she gives you a thumbs up. But I think I will prefer a guy analyzing my thoughts and punching holes into it rather than a lady,’ he added.

Having done a lot of listening, Edmund commented. My girlfriend says “ok, ok, that’s fine” to everything I suggest or put across. She does not let me know what she thinks of it. She always has no idea when I ask her for one. I find it so annoying. So if we were to break up, I am sure I will go for a Martha- like lady who can stand up to her bosses at a meeting and tell them to re-think an idea and refer them to T.S Elliot.

They all laughed and agreed with Edmund that Martha’s comments were apt that day.

Regardless, Kay and Akwei will not want a Martha for a wife. As a colleague, yes. She will let out their thoughts and make things happen.

Having been described as opinionated a number of times and even gotten into arguments with my boss so many times, I was glad to listen to these points from my colleagues. Amongst the four of them, Kay was a better acquaintance so I asked him, “Kay, so what at all do you guys want from us?”

The other three laughed.

Akwei asked them to chill and listen to me express my opinion, which threw them into more laughter. Fortunately or unfortunately, Kay saw the BRT lane and said “Since they created these lanes I have always had a problem with only BRT buses using it. Isn’t what we are sitting in a bus? It will ease the traffic drastically if all buses were allowed to use it. I don’t know…..”

I cut in, “Opinionated Akwei”.

Now I laughed while the others looked at me shockingly.

I figured he will need to redeem his image, “We are to be citizens not spectators remember? That was the first thing our President told us”, Akwei said.

“Exactly and that is why everyone, male and female should voice out their thoughts. Constructive criticisms and comments only get us positive results oh,” I said

Betty, who was obviously following our discussion told me to listen and take a cue from what the guys had said and not voice my opinion all the time. She went on to advise me to feel free to express myself when I am in the midst of ladies and allow the men to deliberate. I just smiled. I knew it would not end well so I decided to keep my opinion to myself.

An ad on the radio took the mind of the guys off the discussion but not mine. I still wanted to know what the guys wanted, but more importantly what was the right thing to do. Do I concur with everything my bosses say (who are both men and women) or offer my opinion? Do I wait till I am asked directly or I can make informed criticisms and suggestions? When is a good time- do I wait till there is a problem or I am allowed to speak to avert the problem? Will I be seen as too-known or a kill-joy or a hole-puncher? Are they my bosses because they know it all so shouldn’t be challenged or I am there to fill in what they miss?

This happened two weeks ago but it has taken a toll on me. I realize that I hold my opinions back a lot these days. I kept quiet about an issue and I feel guilty because I know we missed out on something because I kept mute.

Daniel, who was seriously crushing on Martha was obviously in a fix too and that was funny. I met him today going into the office. Martha and I were behind him. He turned to say hello and complimented Martha about her skirt. He turned to see Kay in the hall way and wiped his smile off and walked away faster.

He is obviously confused but that is all up to him. I just want to know if being opinionated is a sin or an offense and what I am to do. I do not want to be sacked from my job.

Who knows, my bosses may be thinking like Kay and Akwei.

0 responses on "You Think It Is a Crime to be OPINIONATED?"