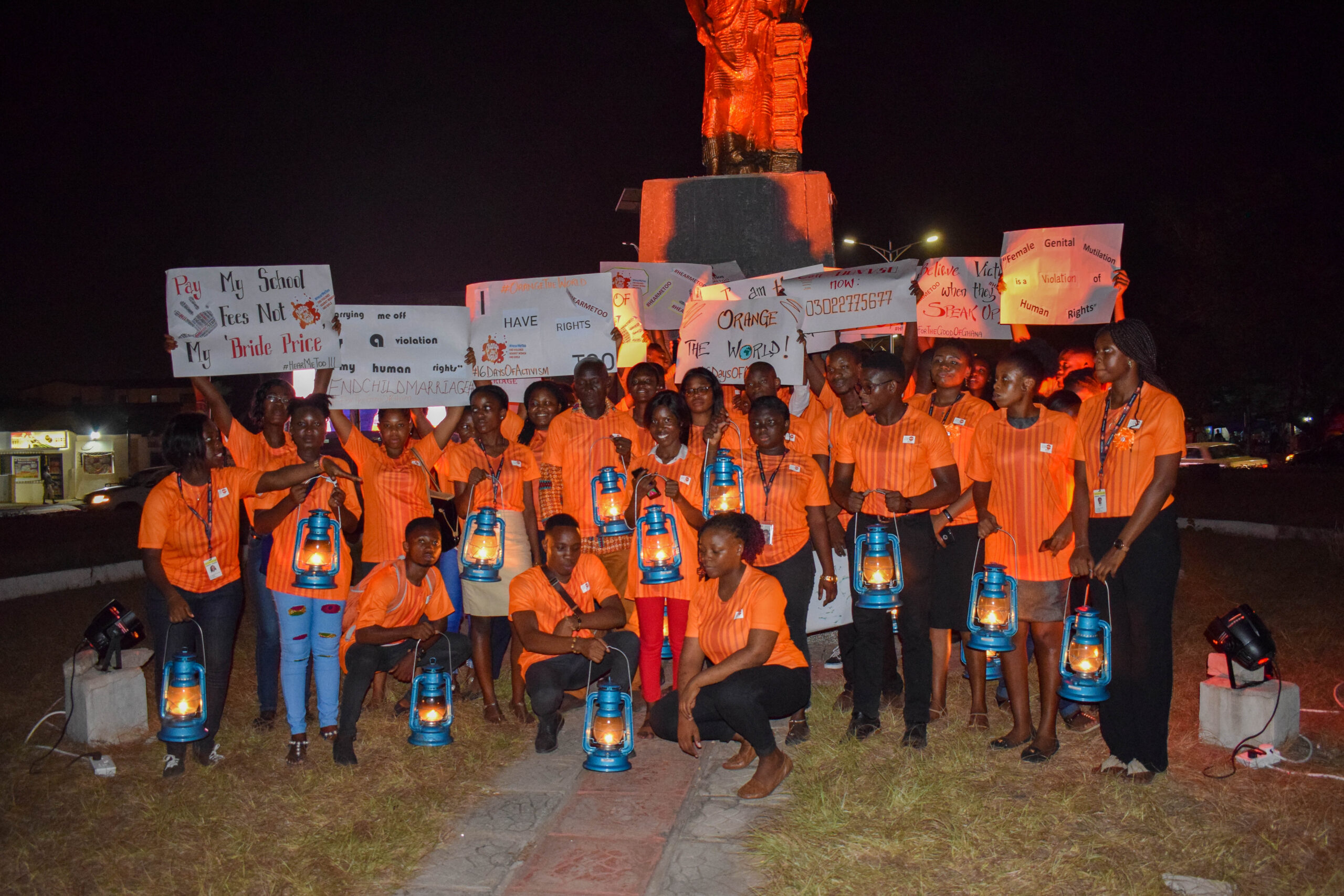 Tens of young people gathered on Human Rights Day to observe a vigil to climax the 16-Days of Activism against Gender-Based Violence in Accra. The event which was organised by the Youth Fellows of the United Nations Population Fund (UNFPA-Ghana) was marked to add the voices of young people to the fight against sexual and gender-based violence. 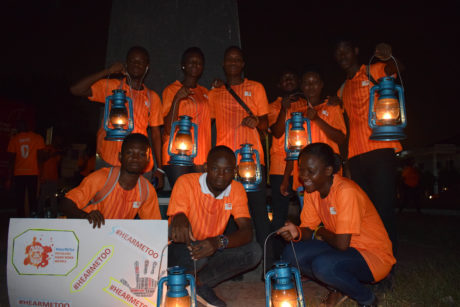 The young people were clad in orange T-shirts in solidarity with the #orangetheworld campaign, symbolising the official colours of the 16 Days of Activism. Participants of the vigil marched from the UNFPA-Ghana office at Cantonments to the Danquah Circle at Osu holding lanterns and placards with inscriptions such as ‘I have Rights Too’ and ‘Female Genital Mutilation, Not Culture but Crime’. 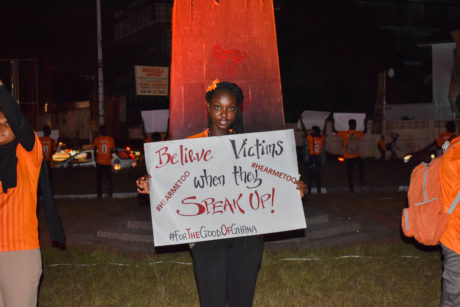 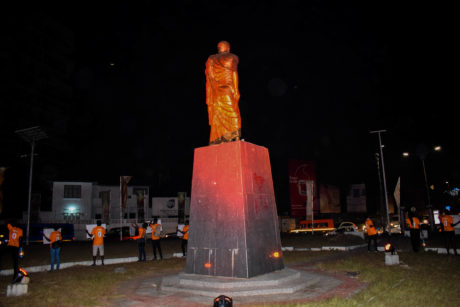 The 16 Days of Activism is marked from 25th November every year which is the International Day for the Elimination of Violence against Women, to December 10, which is Human Rights Day. These 16 days come with various forms of active campaigns against gender-based violence around the world.