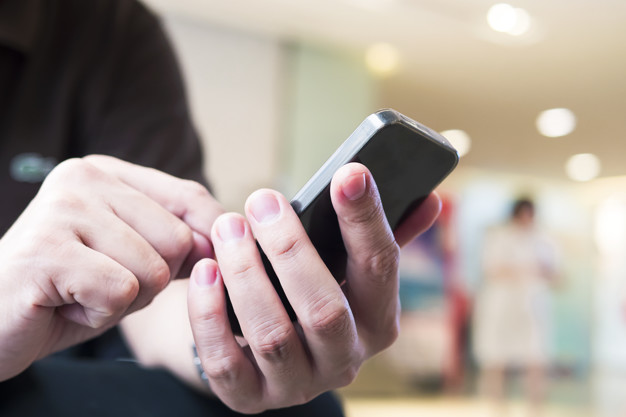 The study, from Royal Holloway, University of London, says drug users valued the convenience and speed of buying drugs via apps like Snapchat.

It warns that buyers are at risk in terms of personal safety and drug quality and that many have a “false security” of escaping law enforcement.

It says educating young people about the risks is “crucial and urgent”.

The study warns many are in denial about the risks: “On the whole, app users had well-rehearsed narratives that justified their continued confidence in purchasing substances from unknown suppliers on apps.”

How did the researchers carry out their study?

The study – #Drugsforsale: An exploration of the use of social media and encrypted messaging apps to supply and access drugs – is based on an online survey of 358 users, 288 of whom had used apps to buy drugs and 70 who had thought about it.

Most of these users were in the UK, Australia, Canada, and the US and the average age of the participants was 18.

It found that while “social supply” of drugs through friends is still typically preferred, apps are “fast becoming a viable option for accessing drugs”.

Of the 358 online participants, 76% said they regularly used Snapchat, while 21% favoured Instagram.

Why do people use apps to source drugs?

The study found that the convenience of organising a transaction was the most commonly reported advantage, with 79% giving this as a reason for using apps.

Alex, 27, told the researchers it felt “safe, easier and twice as quick as trying to nail down someone on the end of a line”.

The drugs turned up with the guy and I paid him […] I never looked back.”

Zach, 22, said: “It just seemed like a simple, modern way to buy things. I’d gotten pretty sick of the dark net because I never really got it, so had to always have a friend on hand to help me out.

“Plenty of dealers in this area exist solely on Snapchat, so without it, I would’ve kept relying on people approaching me in the street or randomly bumping into people in clubs.”

While 59% of these users valued the speed with which they could buy drugs, 35% liked the fact that apps offered access to substances they were previously unable to source.

Jess, 23, told researchers that she could not get hold of particular drugs that she wanted, “because I didn’t know anyone selling them so the first time I had both I bought them through apps”.

Another perceived advantage was that apps “provided an opportunity to assess drug quality and safety”, in that dealers would upload images and videos of substances in a bid to reassure their buyers.

Olly, 18, said: “The first time I bought Xanax it was through Snapchat because I could watch the dealer opening sealed packets on his story before he sold them and I therefore felt safe consuming them.”

What concerns do the researchers raise?

The study raises a number of concerns about the safety of those who purchase drugs on these platforms.

It also notes that many of the people think they will avoid law enforcement by buying drugs in this way.

“The key point is that many app users are misinformed, or make erroneous assumptions regarding the protections they offer.

“The provision of education relating to the security risks of using apps is therefore essential.”

Lead researcher Dr Leah Moyle from Royal Holloway, said: “While our results show that buying from a known and trusted person is still the preferred access method for most drug users, it seems likely that app-usage will continue to grow in this market, especially among young people.

“Considering the popularity of apps and their potential to provide access to the wider commercial drug market, educating people of the possible risks of purchasing unknown substances from strangers on social media platforms is clearly both critical and urgent.”

The paper is published in the International Journal of Drug Policy.

How have the social media companies responded?

A spokeswoman for Snapchat said: “Accounts that use Snapchat to sell drugs are an intentional abuse of the terms of service and we remove these accounts when they are reported.

“We take our commitment to protecting Snapchatters from any misuse of our platform extremely seriously, and have partnered with best-in-class safety experts to inform our approach to these issues.”

Instagram says that buying or selling illegal or prescription drugs on its platform is not allowed and the company encourages anyone who comes across content of this sort to report it.

It says it has long, well-established relationships with law enforcement, who it works closely with to improve detection and removal of illegal material.

0 responses on "Young people warned over buying drugs via apps"