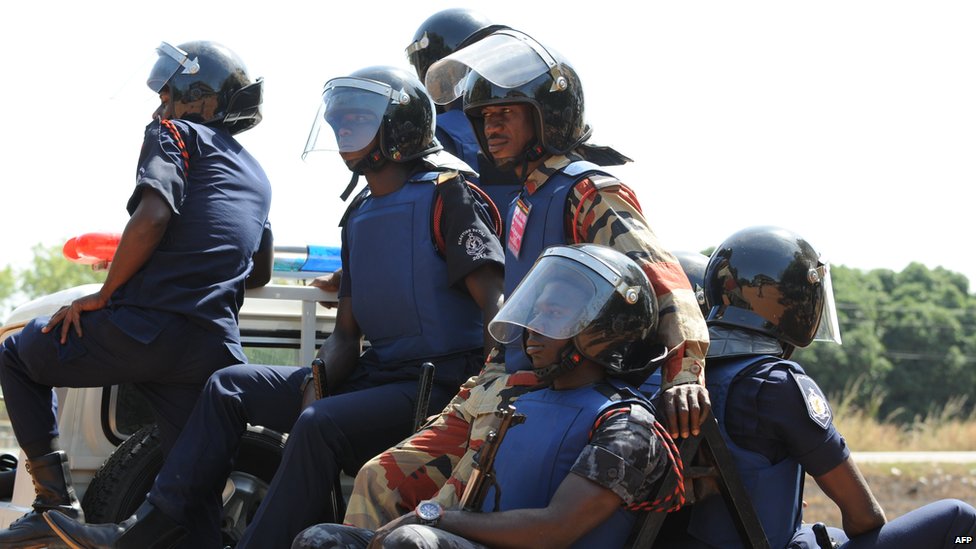 About 500 youth from Akyeremade in the Sene West District of the Brong-Ahafo Region on Monday morning attacked the Kwame Danso District Police Station, beat up some police officers and freed four people who were in police custody.

After assaulting the police officers and freeing the suspects in custody, the perpetrators continued with the rioting and entered the town to assault one of the sub-chiefs of Kwame Danso as well as some of his family members.

Their action was because of the arrest of some residents of Akyeremade on Monday dawn for allegedly assaulting some indigenes at a nearby village, Manko and destroying more than 200 bags of charcoal belonging to them.

Graphic Online gathered that the suspects the police arrested for interrogation were Akwasi Kuma, Kofi Dengal, Osei Kwadwo and Nana Asempa, who is the Chief of the town after the victims had reported the incident and issued with forms for medical examination.

Police briefing Speaking to the Graphic, the Sene West District Police Commander, Chief Inspector Dandy Nartey confirmed the incident and explained that police had to give warning shots before the sub-chief and his family could be rescued and sent to hospital for treatment.

He stated that following a report of the assault on the indigenes at Manko and the destruction of their bags of charcoal, a police team was dispatched at about 2.30 am on Monday to effect the arrest of some suspects.

C/Inspector Nartey explained that about 500 youth from Akyeremade stormed the police station at about 5.00 am on Monday, assaulted the policemen on duty before braking the padlock to the cell to free the people held in custody for interrogation.

He added that so far one of the ring leaders had been arrested but declined to provide his name.

C/Inspector Nartey appealed to the public to assist the police to apprehend the suspects to face the law.

According to him, everything was now under control while two patrol teams had been dispatched from the Atebubu Divisional Command to assist the local policemen to maintain security and order.